This week’s column is part 2 in a series of speed dating Q&A’s between Indie Artists and top music industry professionals which took place at the Breakout West Conference in Kelowna last month.

BONNIE FEDRAU, managing Director of Entertainment Business Affairs (Toronto), has been in the music business for years working in music publishing, management, music supervision and as an A&R talent scout for Warner Music Canada and EMI Music Canada.  After years of scouting indie artists and getting them signed to major record labels (like she did with Sarah Harmer, K-OS, and Three Days Grace among others) Bonnie had the epiphany that, with the changin’ times, there was perhaps a better way to help artists flourish.  She left her days of scouting behind and pioneered EBA, a company which provides artists with entertainment specific administrative services, thereby enabling them to achieve limitless success without the need of a label.

GREG SCZEBEL is an independent pop artist with an impressive list of accomplishments soon to be revealed in the next few paragraphs.  His most recent notable accomplishments include landing 4th place in this year’s Peak Performance Project (snagging himself $10,000 to spend on career development), selling over 5000 copies of his 2nd independent album in less than a year, and winning a Nissan Cube (that’s a car you can drive, not a square award you put on a shelf) while being named one of Canada’s most unique and talented individuals by Nissan Canada.

When I first saw Greg Sczebel perform, I shrugged my shoulders and walked away.  He wasn’t for me, a.k.a. Indie Chick.  “Bah, he’s a total professional..” I thought  “..completely slick and polished, completely accomplished with his gazillion awards, he’s totally got the machine behind him.  He’s definitely not the right fit for my indie column”.  And I moved on.  Then two weeks later I had the surprising pleasure of meeting him at the Breakout West Conference in Kelowna.   I followed him in to his mentoring session with Bonnie Fedrau, and that’s when it all changed.  Yes, he’s a total professional. Slick.  Polished.  Gazillion awards in hand.  But I realized – this boy is doing this all on his own.  He owns his success and it occurred to me that even the illusion of ‘the machine’ was a very significant accomplishment in itself.

Greg sat down with Bonnie, and this is a summary of what was said:

Greg: So I guess I’ll just start with giving you an overview.  I’m completely independent, been doing this for 8 years since fresh out of high school.  I won a Juno in 2005, won a WCMA in 2005 as well, won the John Lennon Songwriting contest grand prize twice.  And I own my publishing and masters and basically just out of necessity my family has come around me and stepped in because I couldn’t fulfill all the business roles.  And I’m basically trying to be a pop artist but be independent which is really hard to do because there’s just not an infrastructure for independent pop music in Canada..

Fedrau: Oh yes there is.

Greg: Well there is but.. independently, really?

Greg:  Well what am I missing then?

Fedrau: Well my business, Entertainment Business Affairs, was created for that very purpose, so that we can help artists sustain their own business, own their own master, keep their copyright and earn a living at doing what they love.  It’s such a joy for me, coming from the A&R background where I felt sometimes that I was doing an Artist that I loved a disservice by getting them signed directly to a major label. And now I actually feel like I can help them.  They can do it their way.  They can sustain their own business and that’s really an exciting place to be in music.  This job actually allows me to do what I really wanted to do which is help bands get noticed.

Greg: So how do you do that?  Tell me about what you do.

Fedrau: So what we do is we take the headache of administration off your plate. We help you get grants, we help you get your royalties registered around the world.  It’s like a nightmare for artists to try to administrate that and try to be creative on the same hand so that’s where we help out.

Greg:  And that’s the thing. I’m still building a career, and when I’m touring it’s fine.  But when you’re not touring, you’re not making a lot of income.. especially if you’re just focusing on writing or whatever.

Fedrau:  Well basically we try to help you find revenue streams so that you can continue to tour.  But you know I think touring is under rated.  A lot of people think it’s too hard but everybody does it.  You have to do it and there’s ways to make money at it and be successful.  You have to create your own venue sometimes.

Greg:  Yeah, we were trying to get into clubs and I did a club tour and we were playing in venues where people wont even buy a CD even though they’re buying like three beers and it’s like I’m a pop artist and they want to see a rock show.  So I thought ‘what’s my main demographic? It’s females aged 25 to 50. Where are they?  Shopping malls.’  So we did a mall tour across western Canada.  And it went really well.  In one mall we sold 70 CD’s at 20 bucks a pop.

Greg: And Fontana North just released my album and so it’s in HMV so it’s also a chance to go to all the HMV’s and be like ‘Hey I’m Greg Sczebel, this is my CD.. ‘’ you know, so we worked that as much as we could.

Fedrau: That’s great, and you know we work with Fontana very closely.  And we also work closely with funders as well.  I think I’m on the phone with Factor like at least 5 or 6 times a day pushing the boundaries.  And we do all the back end like closing grants too because that can sometimes be the biggest nightmare of them all.  It’s not like you can’t do it yourself but it’s so time consuming that it just sucks all the creative juices out of you.  And if you use the bookkeeping service that we provide, it makes it even easier because all the paper work is together.  And we help you do marketing plans and we help with all the budgets.  So we basically just send you a list of requirements and then we get to work.

Greg:  Yeah, well I did get a marketing grant for my album of $10,000 from Factor and an independent loan of $20,000. And I’ve had a lot of demo grants along the way and like right now, my mom does all my administration and she did my factor application.  And again, not really by choice but because I don’t have the time to do it.  So it would be great for her to talk with you so she could feel more at ease about letting some of these responsibilities go.  We should definitely arrange to talk again…

So after eavesdropping on this conversation, I had some big questions for Greg about how exactly he’s achieve so much success all on his own and in such a short span of time.

At the time of our follow up conversation Greg was currently travelling through the mountains on his way to Winnipeg to.. get this, give away his car to one of this fans.  Yeah, crazy right?  No, just incredibly smart.  With no marketing budget to promote his 2nd album, he spent the last year having his fans do all his marketing for him for free while competing to win his prized Nissan Cube.  One lucky fan in Winnipeg officially won the draw last week and now Greg and his car are experiencing one last sentimental voyage before handing over the keys.

To hear the rest of the story and find out how this unsigned artist got himself to the point where he even had a car to give away, pick up the next issue of Urban Pie!

Where to Buy:
HMV, CD Plus, iTunes, gregsczebel

Having the ability to fill GM place but instead opting to play a week of sold out shows at the Orpheum – for its intimacy and great sound. 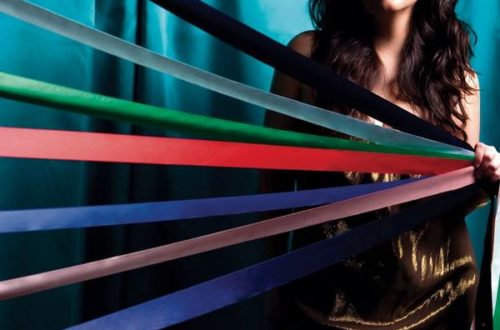 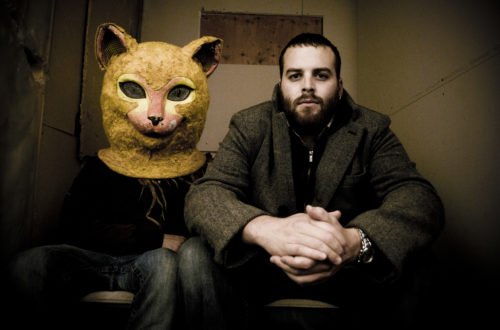 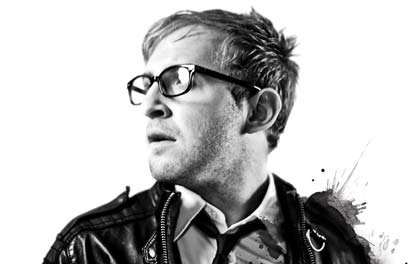